Materials needed for Episode One - Fiberglass Repair
Posted by Phil Valentine Show at 6:27 AM No comments:

The trailer for Phil Valentine's upcoming DIY series, Rock This Boat, is here. Subscribe to this blog and get ready for the fun!

Posted by Phil Valentine Show at 11:12 AM No comments:

We're excited to launch the Rock This Boat blog featuring the restoration of Phil Valentine's 1968 Chris Craft Constellation. Soon to follow is a video series of the same name. So many of you have expressed an interest in Phil's boat. You share Phil's love for these old wooden boats, or some of you are just curious, and that's fine. It is, indeed, a curiosity to see someone so passionate about saving a piece of history. It's a good thing he has the passion because it's going to take every ounce.

There's a lot to keep a body busy on these old classics. Instead of keeping all that fun to ourselves, we're going to share with you the joy (and pain) of restoring a boat like this. You'll see the steps, the missteps, the lessons learned, and the gratifying results.

Keep in mind that this vessel is almost 50 years old. It's lived all up and down the East Coast for the better part of that half-century and it's had many owners. Like an old movie star, it has a semi-scandalous past. The dealer who originally sold it was involved in an infamous mob trial in New York City. It was once seized by the federal government, though the circumstances are murky. Perhaps it had to do with the fact that one of its former owners was murdered in Mexico. It's been named and renamed and, at one point, nearly scrapped.

It has made the long trek from the east coast of Florida to Knoxville, TN then back to Nashville. It survived a harrowing crossing of the Gulf Coast along the way (which you can read about in the Cruising the Great Loop blog).  In short, she's got a lot of nautical miles on her and she really shows her age.

Phil knew that going in, but there are so few of these boats left that restoring them is almost an obligation. Restoration on a boat this size (she's a full 57 feet) is tedious and time-consuming. There's wood everywhere that needs to be sanded and re-varnished. And where there's not wood there's fiberglass, and fiberglass — contrary to popular belief — is not maintenance-free. Not to mention re-chroming and replacing some rotting wood here and there.

The first video in the series will feature the fiberglass top that covers the salon. When Phil first bought the boat, the fiberglass leaked like a sieve. Phil and crew learned that the first hour out when they hit a torrential downpour. Water was leaking all down in the salon and the galley and had ruined the headliner in the salon. Phil made it his top priority to address that once the boat was safely under cover.

After the interior was deemed watertight, he turned his attention to the brightwork. If you're talking automobiles, the brightwork is the chrome, but in nautical terms the brightwork is the varnished wood. It's not as simple as slapping a coat of varnish on the wood. You'll see what a difference meticulous prep work makes when revarnishing. Phil spent countless hours stripping and sanding things like the toerail, re-sanding each coat of varnish until he got the result he was looking for. And it's a learn-as-you go process. Phil is not a boatwright. He's not a professional carpenter or painter, but he'll show you that practically anyone can succeed at this undertaking if they're willing to have patience and perseverance and a general love for the project.

We'll inform you here when the video series launches. It'll be augmented with details like supplies used and other things that can't adequately be covered in the videos. 'Follow by Email' at the top of this page so you don't miss a thing. Trust us. It's going to get real interesting.

The Crew
Rock This Boat 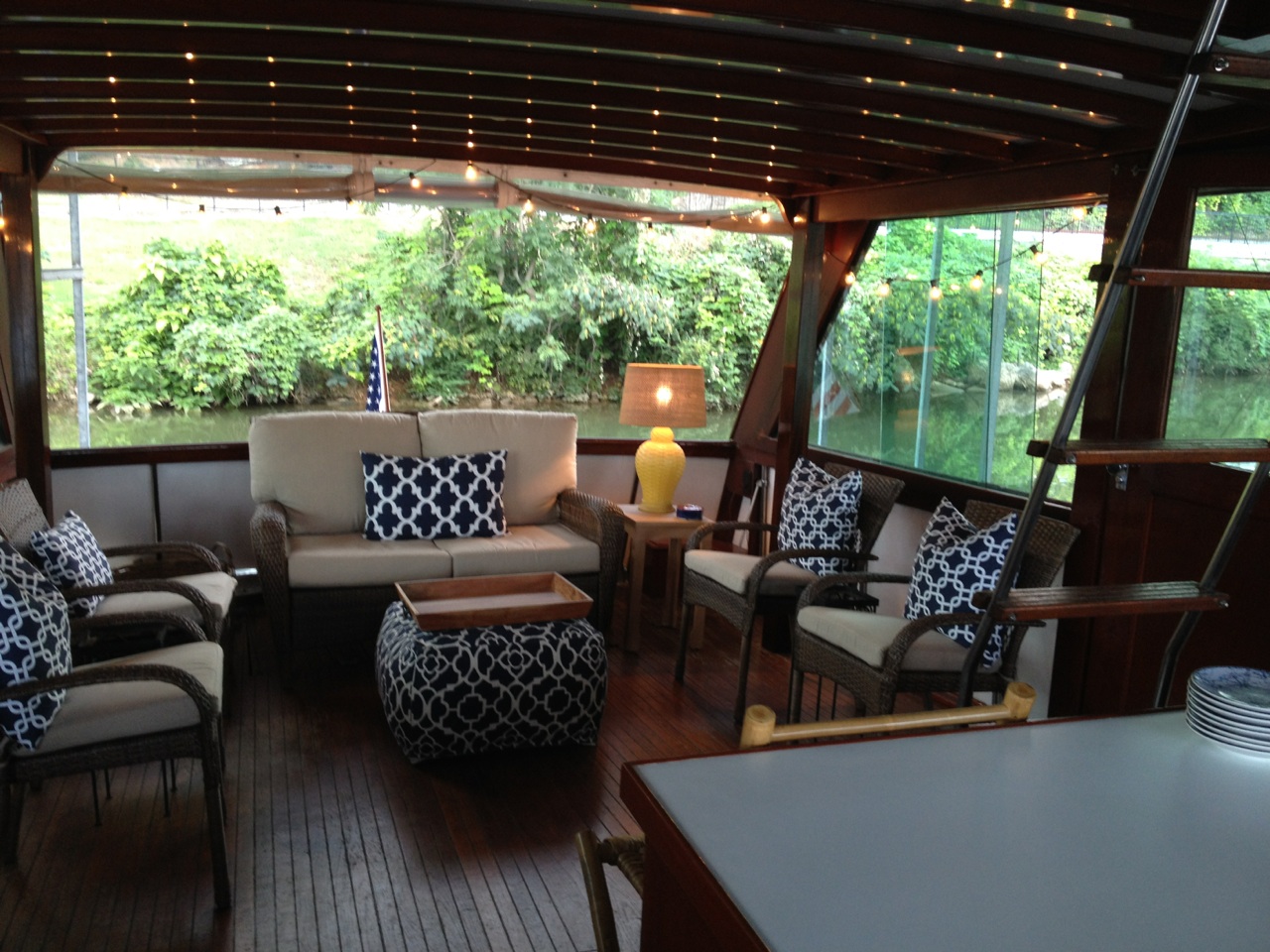